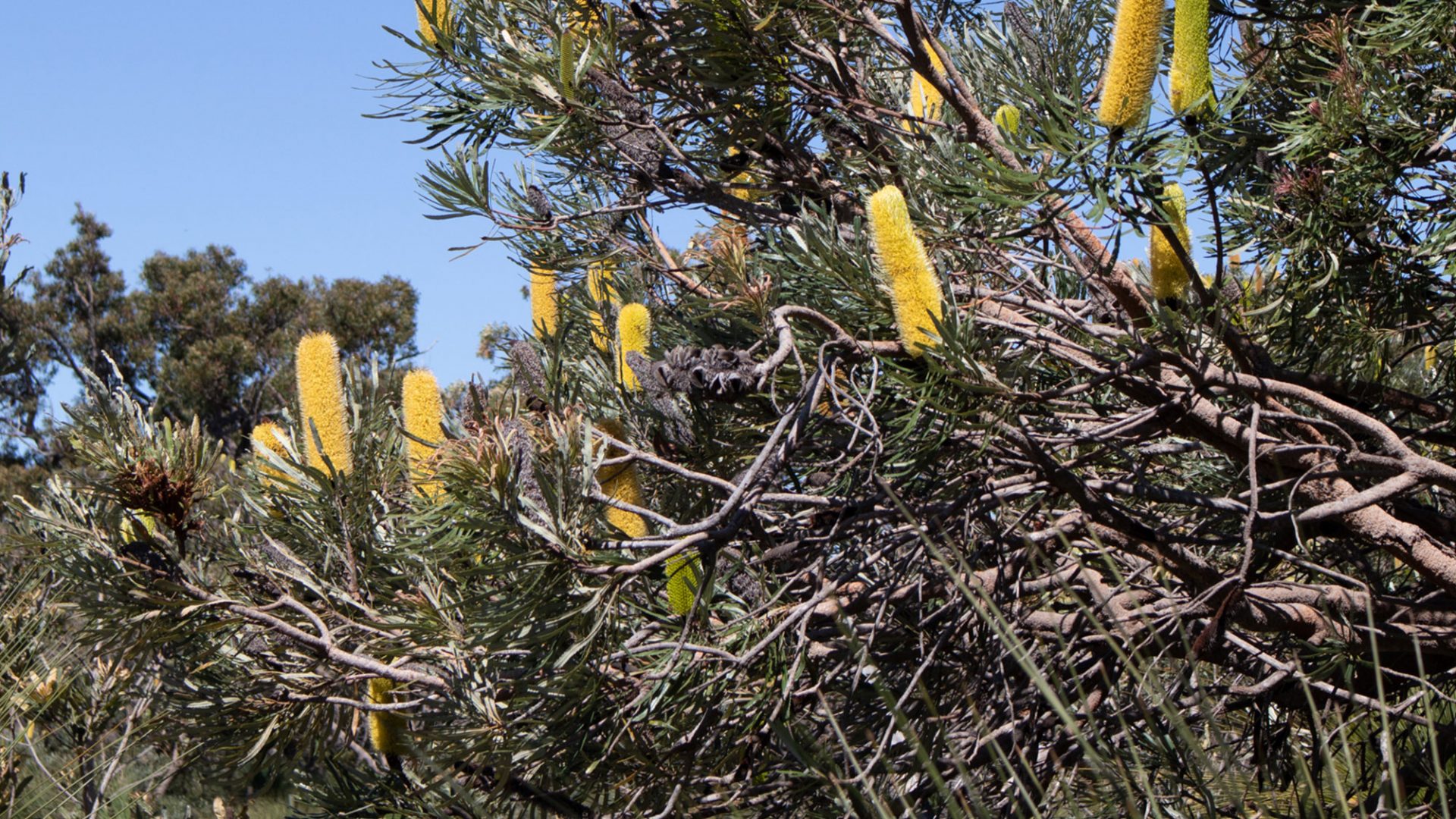 Maureen Culbong tells Domain Culbong about her fond memories of Balga and providing youth with a place to stay. More Maureen loves the extra activities and opportunities around for kids in Balga now, and the Wadjak community centre for the elders.  Hear about special events available to people at the Wadjak Centre.

April – May : Season of the adulthood. Ant season

Djeran season at last sees a break in the really hot weather. A key indicator of the change of season is the cool nights that once again bring a dewy presence for us to discover in the early mornings.

The winds have also changed, especially in their intensity, with light breezes being the go and generally swinging from southerly directions (i.e. south east to south west). Many flying ants can be seen cruising around in the light winds.

Djeran is a time of red flowers especially from the Red Flowering Gum (Corimbia ficifolia), as well as the smaller and more petite flowers of the Summer Flame (Beaufortia aestiva). As you travel around the Perth area, you may also notice the red ‘rust’ and seed cones forming on the male and female Sheoaks (Allocasuarina fraseriana). Banksias start to display their flowers, ensuring that there are nectar food sources for the many small mammals and birds that rely upon them.

Traditionally, foods at this time of year included the seeds that had been collected and stored for treatment from the Zamia last season along with the root bulbs of the Yanget (Bullrushes), fresh water fish, frogs and turtles.

As the season progresses, the nights will become cooler and damper along with some cool and rainy days which also means that traditionally mia mias (houses or shelters) were now repaired and updated to make sure they were waterproofed and facing in the right direction in readiness for the deep wintery months to come.