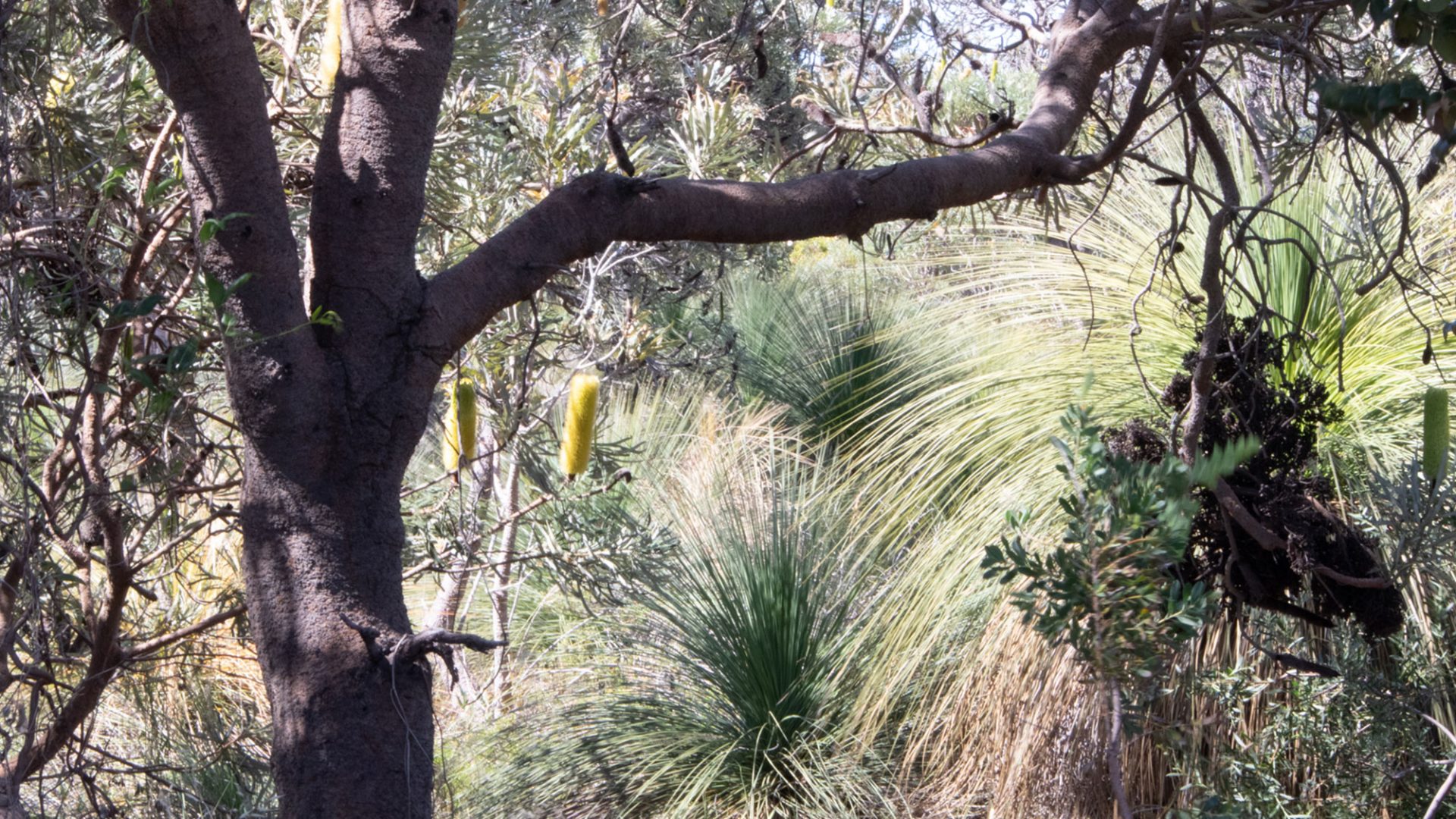 February – March : Season of the Adolescent

The Noongar Season ‘Bunuru’ is represented by the colour orange and is the hottest time of the year.

Bunuru is the hottest time of the year with little to no rain. Hot easterly winds continue with a cooling sea breeze most afternoons – if you’re close to the coast.

Traditionally this was, and still is, a great time for living and fishing by the coast, rivers and estuaries. Because of this, freshwater foods and seafood made up major parts of the Noongar people’s diet during Bunuru.

Bunuru is also a time of the white flowers with lots of white flowering gums in full bloom, including jarrah, marri and ghost gums.

Another striking flower to look out for is the female zamia (Macrozamia riedlei). Being much larger than its male counterpart, the huge cones emerge from the centre of the plant with masses of a cotton wool like substance.

As the hot and dry weather continues, the seed cones change from green to bright red, indicating they’re ripening and becoming more attractive to animals, particularly the emu, that will eat the toxic fleshy outer layer.