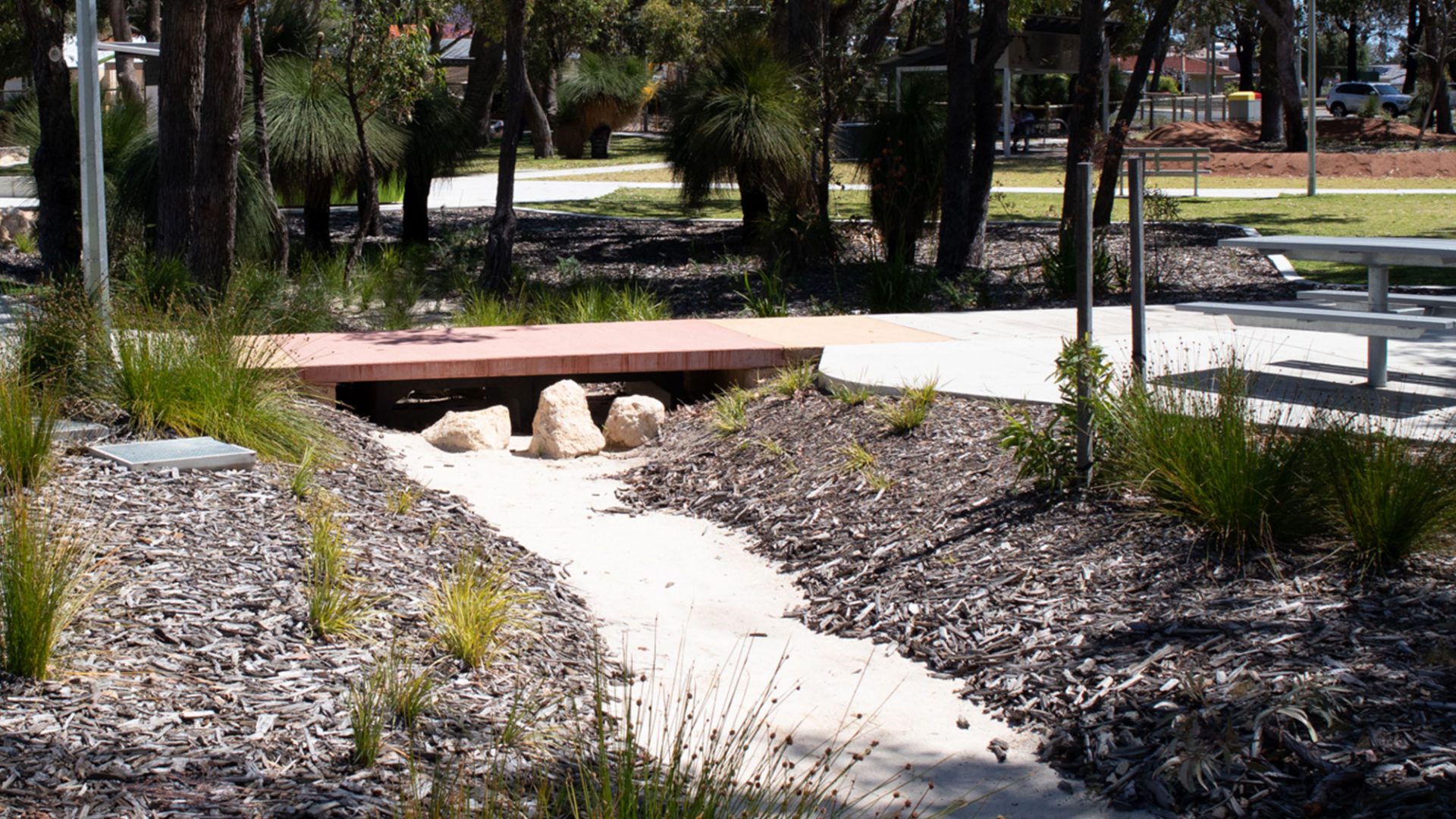 Judith Humes shares with her granddaughter Gemma the love she has for Balga and its parks. Balga is a place where she raised all her children who attended primary and high school, and all races of people are welcome and get along. Listen to Gemma’s response when asked what changes should be made to Balga by her grandmother Judith.

December – January : Season of the Young

The Noongar Season ‘Birak’ is represented by the colour red as it symbolises heat, sun and fire.

During Birak season the rain eases and the warm weather really starts to take hold. The afternoons are cooled by the sea breezes from the south west.

Traditionally this was the fire season. An almost clockwork style of easterly winds in the morning and sea breezes in the afternoon meant that this was burning time of the year for Noongar people and they would burn the country in mosaic patterns.

There are several reasons for this, including fuel reduction, increasing the grazing pastures for animals, to aid seed germination and to make it easier to move across the country.

There are many fledglings venturing out of nests in Birak, though some are still staying close to their parents such as magpies and parrots. Reptiles will also be shedding their old skin for a new one.

With the rising temperatures and the decreasing rainfall, it’s also a time for the baby frogs to complete their transformation into adulthood.

If you are currently walking the Balga Boodja Walk Trail then you can scan the QR Code on the next sign along the trail to watch another video. Otherwise click the button below to view the next story.